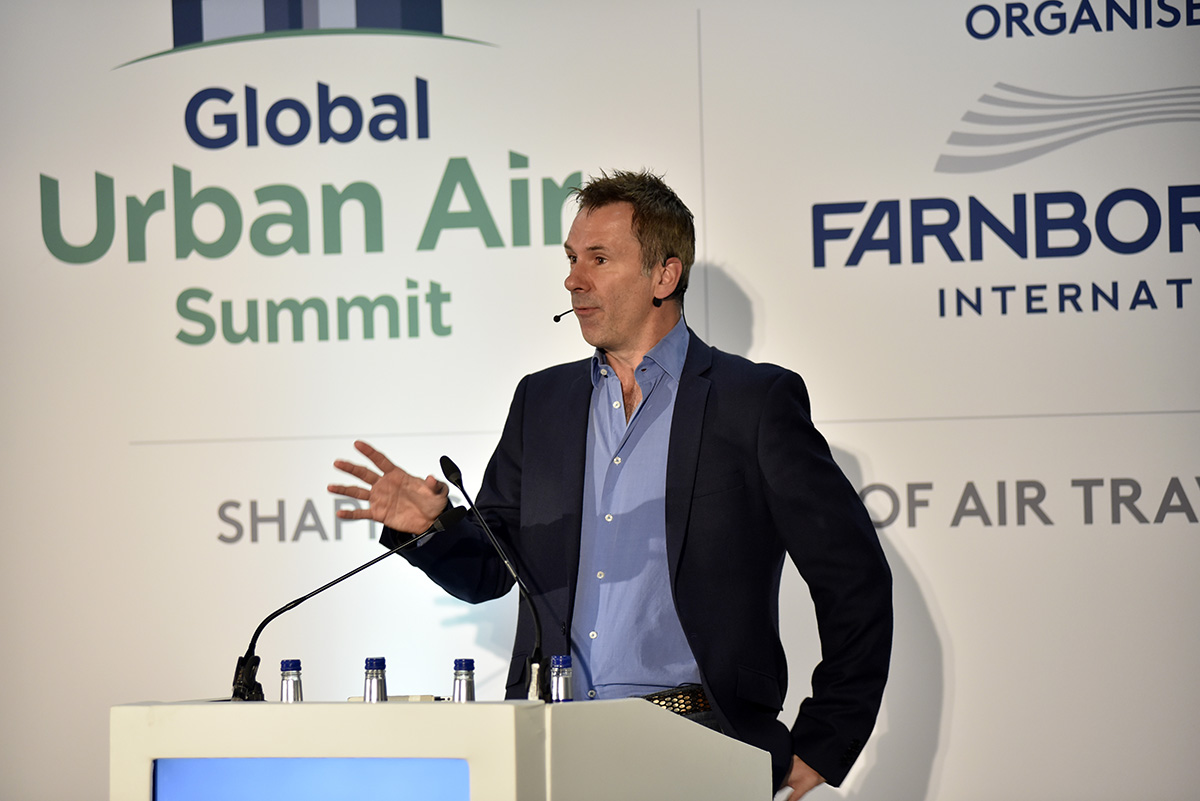 Day One of the inaugural Global Urban Air Summit

Today, the inaugural Global Urban Air Summit took place at Farnborough. It marks the first time global regulators have come together with industry to determine how urban air mobility will operate.

Themes from the first day include the importance of public acceptance around the safety of urban air mobility (UAM) vehicles; the role of autonomy; parallels with the helicopter industry, and the need to differentiate UAMs from drones.

Tim Johnson, Policy Director for the UK’s CAA spoke alongside Jay Merkle, Executive Director, Office of Unmanned Aircraft Systems, US Federal Aviation Administration. Highlights from this rare insight into the international regulator position on UAM include:

• Tim Johnson explained that while there’s pressure from innovators to move quickly, there needs to be global regulatory standards and learning from trials of UAM technology is key.

• Jay Merkle opined that while regulators are under pressure to keep pace with innovators, the challenge is broader than achieving regulatory approvals for getting vehicles airborne. Instead, developing repeatable technology is fundamental to the industry’s success.

• In discussing which is more challenging: managing the emergence of urban or unmanned vehicles, Jay Merkle opted for UAM, pointing out constraints around air space in urban areas and the fact existing flight paths cannot be disrupted. Mr Merkle also made the point that “regulators are accustomed to holding humans to account, autonomous vehicles make this a challenge.”

• Tim Johnson described planning, battery power, privacy demands and general acceptance of the industry are leading challenges to the emergence of unmanned aircraft.

• Both regulatory representatives highlighted managing risk as a major factor for the UAM industry, stating that society has a “low tolerance and high expectation of safety standards for air travel”; as well as the need for vehicles to have common standards and for international protocols.

• It was also suggested by Jay Merkle that airports would be fundamental to where the infrastructure for UAM vehicles is consolidated and that major airlines are currently working with UAM developers, recognising it as a way to complete the supply chain.

François Sillion, Uber’s Director, Advanced Technologies Research Centre spoke about the importance of continued dialogue between Uber and aircraft manufacturers to ensure vehicles will operate effectively on their platform. In his view, no single company will make the industry successful, instead partners, competitors and regulators: “provide a framework which enables this market emerge and creates a well-tested and well thought-out solution for transportation.”

Mr Sillion explained that the launch of Uber Copter in July 2019 in New York was providing insight into managing a UAM operation. The organisation intends to create a “Skylane Network” which would manage variables including weather, altitude, and battery charging to deliver a successful passenger service.

Mildred Troegeler, Director of Global Aerospace Integration for Boeing NeXt highlighted need for the entire vehicle lifecycle to be governed by safety, with regulators setting standards around reliable and effective maintenance structure.

The two day Global Urban Air Summit represents a move by Farnborough International to provide insight, analysis and year-round thought leadership. Gareth Rogers, CEO of Farnborough International says: “We’ve created a forum for an important conversation that will shape the development of the UAM industry. Listening to what has been discussed today, there’s no question this Summit has served as meaningful and timely. We intend to continue leading this conversation through events, our biennial international airshow, and FINN – our online news channel.

“This is the first time that regulators have shared a stage with industry innovators and as a result, important questions have been raised. There has also been common themes identified, such as the need for public acceptance and the importance of creating integrated air space if this industry is to thrive.

“Farnborough has consistently served as a backdrop to the development of aerospace ingenuity, there is no more appropriate location for this Summit than here, at the home of pioneering spirit.”

A second panel on air traffic management with representatives from the CAA, NATS and the FAA highlighted that societal acceptance would only take place once vehicles were in operation, however noise impacts needed to be mitigated. Jon Round, the CAA’s Head of Aerospace made the point that “major airline traffic is growing. The general aviation sports and leisure community is fearful of the UAM market, and society is concerned about noise impacts. The CAA has to marry all three but noise is a major issue.”

Taking an integrated approach to air traffic management was another major theme for the panel along with the need for a complete picture of airborne traffic, with recognition by all panellists of the fact that air space itself is a limited entity.

Picture: Spencer Kelly of the BBC’s Click, who is the conference host